It was on Saturday the 9th of June 1990 that the Twinning Charter between Ranville and Petworth was signed.

Twenty years later, on this day, Saturday the 19th of June 2010, we,
the Mayors of Ranville and Petworth,

to maintain the solid links between these two towns.

to create encounters between young English and French people so that they have a better understanding of each other and can prepare their future together within Europe.

to favour all exchanges between our fellow citizens in order to develop a mutual understanding, a sentiment of European fraternity.

It is thanks to the encounters, mutual understanding, both of customs and culture that we are able to create the foundations of our European citizenship.

Let us continue to build together an Europe of Peace and Friendship.

Signatures of the Mayors and Presidents of the twinning commitees. 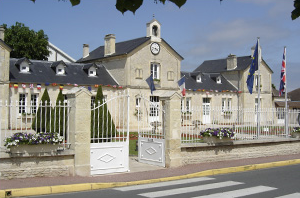